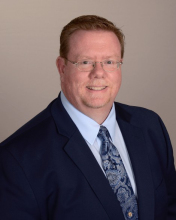 In 1995, Jonathan graduated with a Bachelor of Fine Arts degree from UNC-Greensboro.

Currently, he is actively pursuing a Master of Divinity degree and a Master of Ministry In Pastoral Leadership from Andersonville Theological Seminary.

Presently, he is prayerfully seeking the Lord’s will in where He would have him to serve going forward.

Jonathan's desire is to share with others the truths of God's Holy Word and to lead them into a growing relationship with His Son Jesus Christ.  As the Lord leads, Jonathan wants to continue to create an environment where a biblical community of believers are encouraged and equipped to pursue intimacy with God, glorify God by loving and serving Him, and by making Him known to the lost both at home and to the many people and groups of the world.

Vision For The Church

The Church is to become a biblical community of believers unified in purpose, dynamic in growth and influential in the world, all for the glory of God.﻿